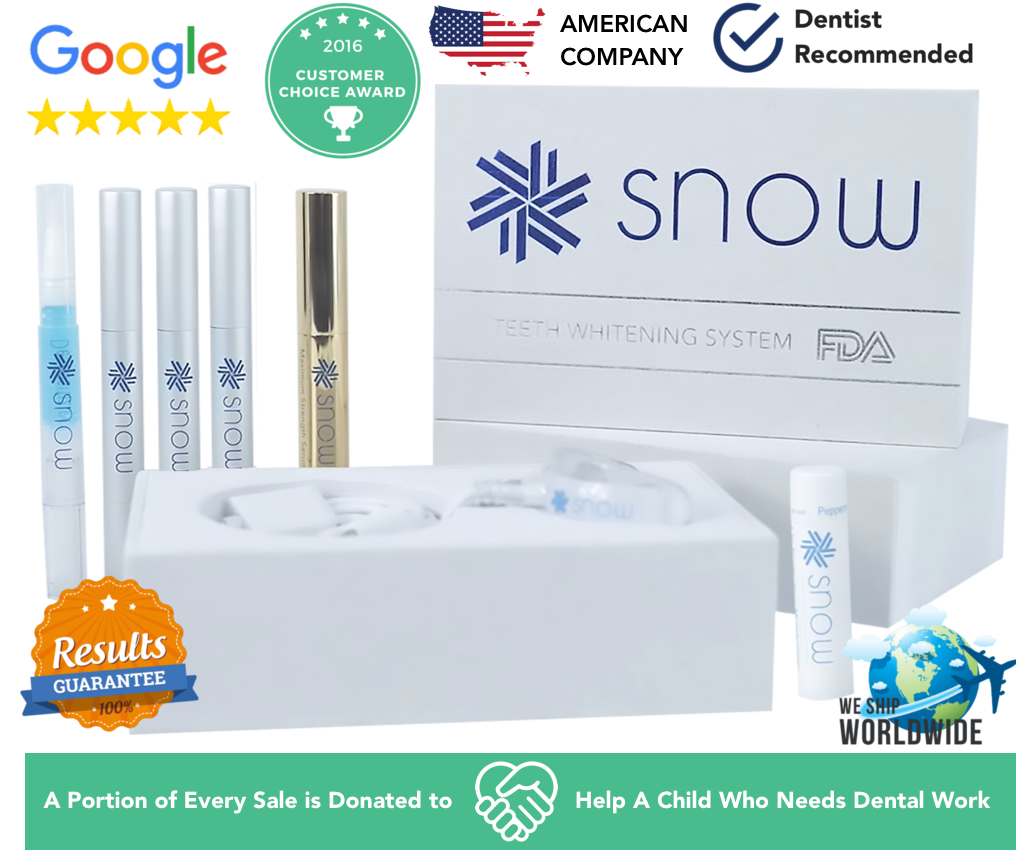 Snow is a brand that tries to distinguish itself from all of the other whitening products out there. They do this by promising full whitening without many of the downsides of traditional products.

But is Snow really that different than the rest of the other whitening products out there? Like other products, Snow involves applying a serum to your teeth. With the Snow, however, you wear a mouthguard that blasts your teeth with LED light as the serum This is supposed to whiten more effectively than traditional methods. Is it effective? For the most part, it is, offering one of the best products for quick teeth whitening.

OUT OF THE BOX

When you order the Snow whitening system, you get the following in every kit:

Getting started with Snow is easy, and the guide will walk you through everything you need to know on how to use the whitening system.

How does the Snow whitening perform, and how does it stack up to the competition? The quick answer is that the Snow is one of the best whitening kits out there, offering excellent whitening in an affordable package. It doesn’t live up to some of its promises, but it’s still a worthwhile investment if you’re looking for whiter teeth, and is better than most other whitening products out there.

The Snow is relatively straightforward to use. Brush your teeth before you begin. Apply the serum to your teeth carefully, making sure you get even coverage. Plug the tray into your phone or charger, and pop it into your mouth. After 10-30 minutes, remove the tray and rinse off your teeth. 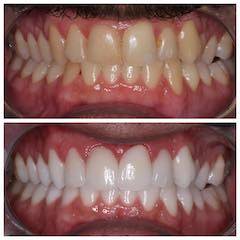 Repeat this process over the next days and weeks. This process is similar to some other whitening products. But the serum and LED light exposure make it different than most other strips and trays. But different doesn’t always mean better. Does the Snow whitening system deliver? It does.

Do the results last? Yes, but not as long as Snow promises. If you use the system consistently and as instructed, you’ll likely get whiter teeth But that doesn’t mean your teeth will stay white. Over time, the whiteness will fade. That means you’re probably going to want to keep some serum around for touch up treatments.

Although the whiteness does fade, it is fairly long lasting. Snow claim that their treatment will prevent your teeth from yellowing. This claim is hard to test, but teeth did stay white for months after treatment.

LESS PAINFUL THEN OTHER WHITENING PRODUCTS

Snow promises to whiten without teeth sensitivity. That’s a bit of an exaggeration. Snow’s whitening system does a better job than other products, such as whitening strips, at preventing pain and sensitivity. However, that doesn’t mean that the treatment is pain-free.

If you leave the serum on for long periods, you may have some sensitivity. And if you use the system for multiple days in a row, you will likely have some sensitivity. Snow says that you can use the system for just 10 minutes per treatment. You certainly could, but you’ll probably want to leave the tray on a little longer. That means each treatment is just about as long as normal whitening strips.

Snow promises to be the best solution for quick whitening without any of the tooth pain of other products. This is quite a lofty promise. But for the most part, Snow delivers. It’s one of the best over the counter whitening products you can get. It won’t whiten as well as professional laser treatments, but it’s a fraction of the price. You’ll get better results than with whitening strips, and with less pain. If you’re looking for whiter teeth, you should consider Snow.